Powered by Ink of Life

Dave & the End of a Decade

Howdy all. As year's end is fast approaching, it seems fitting to finish the decade with another wonderful article by Dave. A decade denouement if you will. Sage wisdom and advice he always has in abundance. This time his inspiration comes from the good people over at Writer's Digest. Personally, I take away from this article my own struggle with never being satisfied with my writing, as he mentions just above the anecdote. I'm currently in the throes of battle with a story now light-years ahead of where it was months ago (see what I did there, movie-goers?). In other news, I am of two minds about trying my hand at some poetry, just so I can say my writing has gone from bad to verse...

The “Had Horrors” Redux

In 1927 Laurence O’Dorsay wrote an article for “The Writer’s Digest Guide to Good Writing.” I rediscovered the article “The Had Horrors,” in November 2019. The 1994 Edition of “Guide To Good Writing,” languished in my attic for fifteen years. I dusted the cover and began to read again this wonderful compilation of WD articles. Fine advice from seventy-five years inspired me again — but I read D’Orsay’s article with a renewed interest.
In D’Orsay’s article (page 25), he wrote about when he, in 1927 found himself at the feet of Gamaliel, one of the most famous fiction magazine editors of the day (I researched but found little about this mysterious Gamaliel, and I am not sure whether D’Orsay referred to the rabbinical legend, or the Jewish teacher of the same name, I think the name is an allusion and honors the editor by comparison to the great Gamaliel).
In those days, editors often took it upon themselves to develop writers. Editors and agents do not today reach out to writers with obvious talent and help those new writers develop into the professionals they might become. The concept demonstrates the writing and publishing world’s decline.
Today the object is money and fame where the self-publishing world cranks out millions, yes millions, of poorly written stories, stories without noticeable merit, and they are filled with nothing but trope and cliché. Fame comes not often, and is a rare event in the self-publishing world. Fame is also rare in traditional publishing.
D’Orsay sat in his office with Gamaliel when a young “editor in training” entered the office and placed a manuscript on the table. The young man voiced his complaints about the story. “Something’s still wrong with it. You’ve sent it back to him five or six times. He’s got a good opening now, and a good finish, but somehow it just doesn’t register. It’s a good story, but he seems to take too long to get to the meat of the thing after his dramatic start.”
Gamaliel peeked into the manuscript and announced, “It’s as plain as day. Snifkins (the author) has a bad attack of the had horrors.”
When questioned about this “disease,” he replied, “Most of them have ‘em young. Just like children with measles, best to have them young. They think they must stop the story for a time and tell the reader what the hero and his heroine and the villain had been doing before the reader ever saw them. Causes the reader to start guessing, right from the beginning. Snifkins leaves ‘em hung up in the air until page four. He starts his puppets working, and then drops the strings while he lectures about their past lives. Look at this damn thing! Hads and had beens scattered all over his pages. He has the makings of a good writer, but we must cure him of his had horrors.”
If a story is strong and contains well-sustained entertainment value, an editor might overlook a few technical flaws, but one thing he will not overlook is a bad attack of the had horrors, Gamaliel observed.
D’Orsay relates how hads are like a stodgy lump of cold greasy fat served when you’ve finished the appetizers. He explains how to solve the mess and produce better work (page 26). “The thing to do with this irreducible minimum of explanatory matter about antecedent happenings is to link it with your moving story. Use action, with dialogue, and with thoughts running through the minds of characters. In this way, you can weave the whole thing into one pattern, connect the past with what is present, and future, and turn the thing into entertainment. Keep the dramatic conflict in the forefront and let your characters solve the eternal problem — what happens and why. The process focuses upon the concept of writing for the reader.”
A true writer is never satisfied with his writing. John Dusfresne, professor in the Master of Fine Arts Writing Program of the English Department of Florida International University said, “Show me a writer who is satisfied with their work, and I’ll show you an amateur.”

Anecdote
In the same 1994 Writer’s Digest 75th anniversary issue, this short anecdote appears on page 30:
Fred Kelly, the humorist and author of the dog’s only book of philosophy, You and Your Dog, sat with the famous writer Booth Tarkington, in Tarkington’s Indianapolis home. Tarkington related how discouraged he often became when writing.
“Are you ever conscious right at the time of doing something good,” Kelly asked.
“No,” Tarkington chuckled, “it all seems fairly bad. You know, writing is about the most discouraging job of all. One knows so well what he is trying to express, but all the words aren’t available. This afternoon I tried to write a paragraph or two to describe a scene in northern Africa but the words weren’t available. I tried to write vivid description for my readers, but when I groped for the crystals all I could pick up were a few smeary words — a meaningless mess. Yet all the time I knew the right words were somewhere if I could only find them. It’ll never suit me, I’ll still feel that I could do it better.”
Kelly later said, “When I came away, I thought: So long as he has that attitude toward his work, no wonder it’s good.” (Dufresne’s wisdom)
References: Writer’s Digest Guide To Good Writing.
Copyright © 1994, by Writer’s Digest Books - Edited by Thomas Clark
Library of Congress ISBN 0-89879-640-7 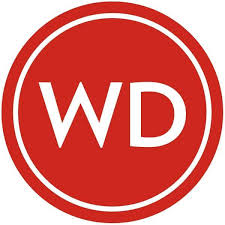 Posted by Frank Montellano at 09:29

Some other sites to enjoy

Search Through the Smugglers & Jugglers